The farmer in Eva never gave up…

Raised on a farm on the island of Gotland, Sweden, where her family grew potatoes, strawberries, and other vegetables by hand meant that Eva Pettersson was tired of farming when she moved away from home at 18. When moving from the farm Eva proclaimed that she would never live in the countryside again! But at 25, her attitude had already softened.

The lack of fresh produce right outside the door made itself known. So in the muddy lawn of her terraced house, Eva planted the first potato. And at 30 she left the city and has since lived in the countryside in different places, with varying amounts of gardening space. Just past 40 she got her first greenhouse. And not a small one either – a whooping 40 square meters. It was joy, pure joy; now she could grow more produce, with an extended growing season.

Her interest in food and the quality of it awakened as Eva and her family started a restaurant in 1998. The guests would be offered the best ingredients available, some home-grown, others from local farmers. What could not be obtained locally would at least be Swedish in origin. She remembers that they wrote in their menu; “We serve food from Gotland, and in the worst-case – Swedish”. Some tourists probably thought it was a bit cooky, but not the Gotlanders. Another memory from that time is the numerous discussions had with the meat wholesaler, who for a long time insisted on delivering Danish pork when the Swedish was out of stock. Each time Eva pushed back; she only wanted Swedish meat, so the Danish meat had to go back. Nobody understood what she was on about. It is only now in recent years that more and more people are beginning to understand what she meant back then.

A few years ago, Eva came into contact with something called “permaculture” and became curious. The more she read about, the more interested she became. So much so that she studied to become a Certified Permaculture Designer. Once she started the course, her view of nature and cultivation changed forever. To think how much easier everything is when people take a step back and learn from nature – and not only when it comes to gardening. In the beginning, not many people knew what she was talking about when she began to talk about permaculture in a garden setting. Still, over time, more and more curious questions started to pop up.

Several of her friends asked if she knew of any courses for someone who wanted to learn how to use a permacultural approach in their gardens. She did not, and it turned out that there were none anywhere close-by.

So Eva thought, how hard can it be… and promised her friends to arrange a course. Then reality hit – when you want to teach, you need course material! Once she started writing, Eva soon realized how much knowledge she wanted to convey. Knowledge which, if you only know about it, makes growing so much easier. The result of all that writing eventually became the book you hold in your hands.

Today Eva is a pensioner and her passionate interest for gardening still lives on. Over the years she has updated the book and the Swedish one is on it’s 3 version, the English one on it’s 1st (as it was published later after the Swedish had already been revised once.) 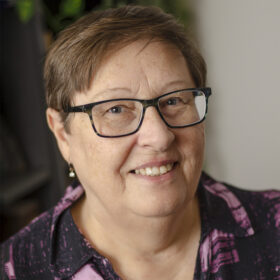 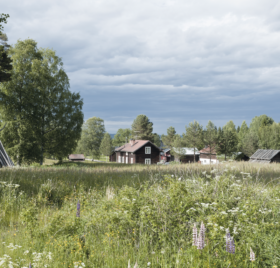 First I would like to thank family and friends who have supported and believed in me during the process of creating, translating, and publishing the book.

An extra thank you to Madelene Dahlberg who has both done the Graphic design, layout and translation of the book. Thank you to Johan for checking the Swedish spelling, and a special thanks to Gudrun for helping me keep track of Swedish grammar.

Do you want a cookie?
To provide the best experiences this site uses technologies like cookies to store and/or access device information. Consenting to these technologies will allow me to process data such as browsing behaviour. Not consenting or withdrawing consent, may adversely affect certain features and functions.

CCPA - DO NOT SELL
This company will NEVER sell your information. This of course applies to everyone no matter where they live - but due to CCPA law I want to be very clear about that.
Manage options Manage services Manage vendors Read more about these purposes
Preferences
{title} {title} {title}